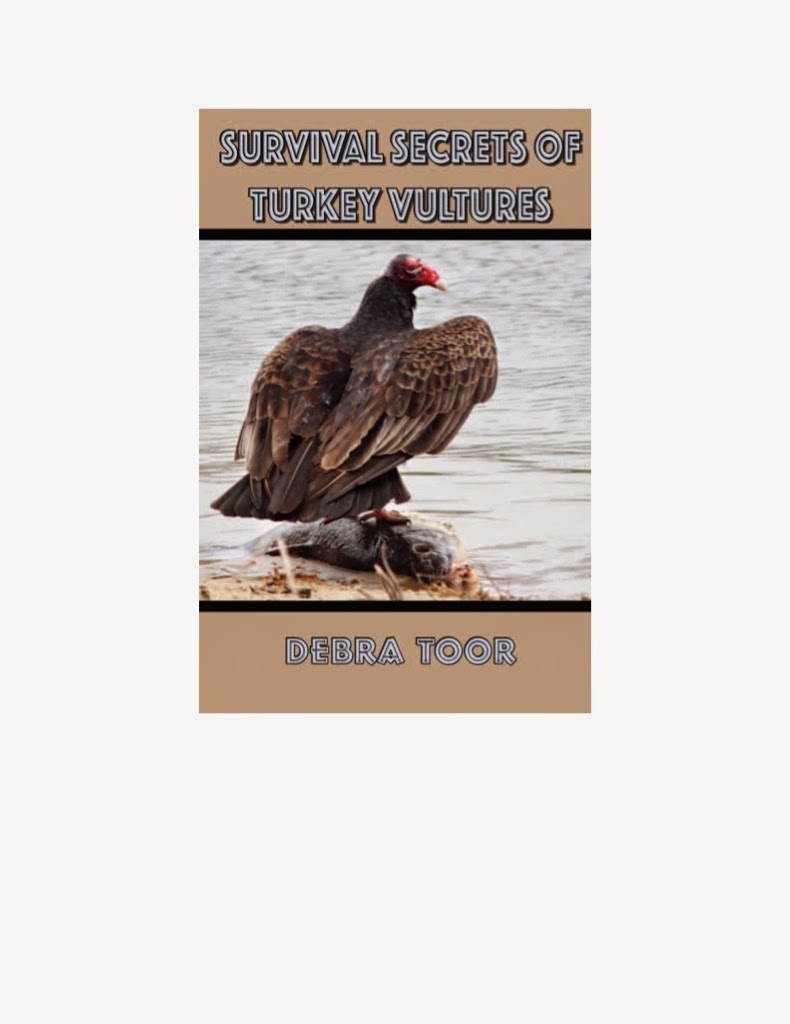 This book is suggested for kids up to eleven years old, but I think it would be of interest to anyone who cares about natural science and ecology even if they're adults. I found it fascinating.

Vultures have a bad reputation but, as the book explains, turkey vultures aren't dangerous to anyone and they do a lot to help the environment. And, as the multiple photos show, they do slightly resemble turkeys although they're not especially related to those birds.

Frankly, I think every science classroom should have a copy of this book and kids interested in the natural sciences will enjoy it. Well, since some of the birds' habits are a bit disgusting to humans, most boys would probably like it more than many girls would. But anyone who reads it and isn't already an ornithologist will learn a lot. Debra Toor has done a great job.
Posted by Janet Ann Collins at 10:34 AM

Hi Jan,
Yes, I agree. It's a great addition to science programs, school libraries, and classrooms in general--more books for silent reading and read aloud time. I reviewed it, too. Wishing Deb Toor much success. Penny (http//:www.penelopeannecole.com)

Interesting books that help children learnt are always good. Thank you for the review, Jan.