When Mark Twain wrote The Prince and the Pauper back in the 1880s it was a highly original concept. But many stories with a similar theme have been told since then.

You could say Faith, Hope, and Ivy June by Phyllis Reynolds Naylor is based on the same idea, but it's very original.

In this story wealthy Catherine and poor Ivy June don't exactly trade places. Instead each one spends two weeks living with the other and attending her school as part of a student exchange program. And the girls must cope with differences like Catherine sharing a bathroom with her sister and Ivy June using a chamber pot and an outhouse. There are also some conflicts with other kids in each place.

But that's just the beginning of the story. I don't want to give away the plot, but the events that happen next are far more dramatic than the conflict between two economic levels. In fact the girls must deal with some real disasters.

As in her other books, Naylor does a great job of making the reader care about the characters and really feel involved in the story.

In my opinion this is a terrific book.
Posted by Janet Ann Collins at 10:31 AM No comments:

I never post photosor personal information about my kids or grandkids online because of the bad guys out there. I try not even to mention their names on the internet.

But I recently had a visit from two grandkids who I seldom see and can't resist blogging about how much I enjoyed the visit.

I loved being a parent and did my best to be a good one. Of course I'll never stop loving my children even though they're all grown up and left the nest years ago.

But there's something even better about having grandchildren.

Although there are exceptions, as when kids live with their grandparents, usually the grandparents don't have to deal with behavior, school, or other things we dealt with when raising our own kids. We can simply enjoy the grandchildren.

And at the end of a visit we old folks can rest and relax instead of being on duty as parents 24/7.

I wish I could see my grandchildren more often, but when I do see them I appreciate being able to spend time with them more than words can express.
Posted by Janet Ann Collins at 10:27 AM No comments:

Way back in ancient times when I was a little kid there were no video games or computers and even television hadn't been invented yet. In those days everyone listened to the radio.

There were news broadcasts and sometimes music, but most of the programs, at least those my family listened to, involved stories.

On Saturday evenings my brother and I were allowed to stay up an hour past our regular bedtime to listen to The Lone Ranger. (By the way, the new movie with that title bears very little resemblance to the radio show.)

As kids we loved Big John and Sparky which played on school days and Saturdays. Later on Saturday mornings all the kids in our neighborhood would listen to Space Patrol, then come out and gather to pretend we were blasting off to other planets.

Of course there were soap operas, broadcasts of sport events, and comedy shows and kids were allowed to hear those if our parents tuned in to them. Nothing that might be offensive or X rated (if ratings had existed then) was ever broadcast, although some of the old shows would be considered offensive now for racial and anti-feminist content.

While we listened to radio programs kids might be building things with blocks or Tinker Toys, playing with cars, trains, or dolls, coloring, or cutting out paper dolls. Women might be tidying up the room, ironing clothes, or perhaps sewing or knitting. Men would often be repairing or making something small or just lounging on the couch relaxing after a day at work. But we'd all be carried off together to whatever was happening on the radio.

If you're old enough to remember listening to radio shows, what were your favorites?

Labels: Big John and Sparky, Radio Shows, Space Patrol, The Lone Ranger, This is Your Home

Poem by a Bookaholic

I wish I had a bumper sticker that said "Bookaholics Unite" because I am one with no intention of ever getting into recovery.

Here's a little jingle I wrote a few years ago that explains part of my addiction.

In the library I look and look
Until I find the perfect book.
I open the book and there I see
A world of wonders waiting for me.
I read the book and then I find
All of those wonders are now in my mind.
Posted by Janet Ann Collins at 10:30 AM No comments:

When I was a kid I loved performing in plays and was in lots of them. Performing in front of an audience is a good way for kids to develop confidence, and learning to memorize lines will probably help their memories. That's why I'm posting this review of a musical play for kids. 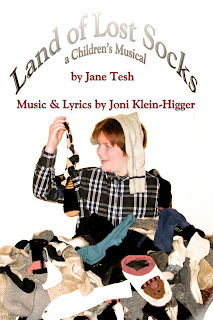 Land of Lost Socks was written by Jane Tesh with music and lyrics by Joni Klein-Higger. Both women have had plenty experience writing this sort of thing.

The plot involves a kid whose older brother tells him to "get lost" - and he does! To Joel's surprise he finds himself in the place where everything that was ever lost goes. Of course there are piles of lost socks, other clothes, toys  and many other things. (Lots of props will be needed to perform this play.) But there are also famous people who disappeared, and even lost communities and cultures.

Can Joel ever get home?

The play allows for a lot of kids to participate, so it would be great for school performances. There are parts for at least a dozen kids and, preferably, more. And the lost cultures and people in the play could be used to introduce those topics in Social Studies classes.

But the play is not serious. The characters, plot, and music are all fun and performing in it will be fun, too. 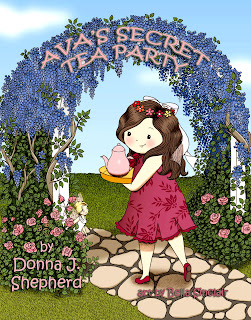 Like most kids, Ava wonders if those mysterious nighttime visitors are real or not, so she decides to find out by inviting them all to a tea party.

But, since they're all so busy helping children, how can they actually come?

I don't want to give away the plot, but I will say lots of kids, especially little girls, will love the ending of this story.

They and their parents will also appreciate the recipes included at the end of the book (I can't wait to try one of them myself.) and the craft projects will be fun for kids to make.

This book is charming and fun, and the artwork by Bella Sinclair fits it perfectly.

Ava's Secret Tea Party will be loved by little girls from two to five years old, and maybe by their families, too. 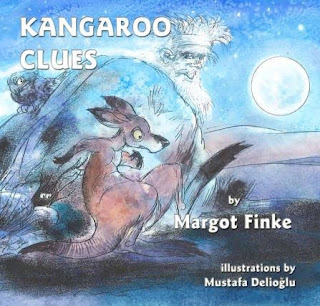 Some kids I know will be studying the culture of Australian Aboriginals this week in VBS. I wish I'd known about Kangaroo Clues soon enough to order a copy for them because it's the most informative book I've ever seen on the topic for young children.

The picture book tells a creative story about a kangaroo being pursued by dingoes. Will the roo be able to escape the pack of hungry animals?

The author, Margot Finke is an Aussie native. She incorporates the religious beliefs of the people from that culture and information about the other wildlife and the environment into the story in an entertaining way.

There are footnotes on many of the pages that give more factual information which will be helpful to older kids wanting to learn more about the culture.

The illustrations by Mustafa Delioglu capture the mystical and exciting feeling of the story very well.

When I was a kid we used to sing old songs from the 1800s with my grandpa. One of them was, "Around Her Neck She Wore a Yellow Ribbon."

I recently searched for that song online and found several different versions of the lyrics, but the point of the song as I remember it was that "she" (whoever that may have been) wore the ribbon in remembrance of her lover who was "far, far away" fighting in a war.

Today few people remember that song, but it has had a huge impact on our culture.

People use ribbons or, more often pictures of them, to represent all sorts of remembrances and causes. Yellow ones still symbolize people who are deployed in the armed services, pink ribbons are used for awareness of breast cancer, and many ribbons of various colors show concern about various other illnesses and conditions.

I have no idea who wrote the lyrics to that original song, but I'll bet whoever it was had no idea what an influence he or she would have on our culture a century or more in the future.

And that makes me wonder if some seemingly insignificant thing one of us might do, say, or write today might make a big difference in the future, hopefully in a good way.

We'll probably never know.
Posted by Janet Ann Collins at 10:24 AM No comments:

With very few exceptions, it used to be unacceptable to fly the American flag after dark or in stormy or even overcast weather. At schools, government buildings, military locations and any other places where the flag was flown it would be taken down slowly, ceremoniously folded, and put away every evening. If the weather wasn't bad it would be briskly raised again the next morning.

Those rules were changed when synthetic fabrics became available because flags were no longer likely to be damaged by moisture.

But there are still rules about how the flag should be displayed. For instance it should be always at the highest, central place between other flags. And the American flag should never be allowed to touch the ground.  There are even rules about having it on clothing or fabrics.

Most people in the USA today aren't even aware of the rules about the flag.

I remember after September eleventh 2001 when people all over displayed American flags many of those were draped over cars hoods, fences or furniture so the edges dragged on the ground.

But I guess that doesn't really matter as long as everyone understands displaying the Stars and Stripes shows loyalty to "the Republic for which it stands."

Come to think of it, why do we pledge allegiance to a piece of cloth instead of just to the nation it represents? The American flag is a symbol and pledging allegiance to it shows we still value the values our country has fought to maintain for centuries.

As we celebrate the Fourth of July let's remember the importance of liberty and justice for all.